This website is a repository for the #Khomani San community’s history, ongoing story and a place to share its cultural heritage.

In 1999 after years of dispossession under colonisation and apartheid, the #Khomani San successfully won a land claim.

The website will be a space to share life stories, ,oral histories, places of significance, historic events, traditional and indigenous uses of plants, animals, craft-making, tales, folklore, and the wisdom of their leaders and ancestors.

Pitch Black Films for the Institute for Justice and Reconciliation (IJR) and the Department of Arts & Culture, South Africa: South Africa, 2010. The African Identities film project is a new initiative from the IJR, supported by the national department of arts and culture. The project consists of 17 short documentaries created by youth participants, which explore the question, ‘who am I and what makes me an African?’ Initiated through a series of workshops on using the arts to bridge racial and cultural divides, the African Identities project brought together young voices from across South Africa, as well as Rwanda, Malawi, Cameroon, Nigeria, Namibia, the Democratic Republic of Congo (DRC) and Zimbabwe. Youth explored diverse perspectives on identity and belonging, nation-building, migration, and the building of inclusive societies.

A STORY OF MUSIC

A film about the ancient indigenous people of South Africa, the Khomani San. Andriesvale, is a forgotten village near the Namibia, Botswana borders whose inhabitants live in poverty. The filmmaker talks about his relationship wth his father and how he hopes to draw attention to the difficulties faced by his people.

BUSHMAN’S SECRET : ONE CACTUS STANDS BETWEEN HOPE AND HUNGER

Rehad Desai traveled to the Kalahari to investigate the global interest in ancient San knowledge. He met Jan van der Westhuizen, a Khomani San traditional healer. Jan’s struggle to live close to nature is hampered by centuries of colonial exploitation of the San and their land. Unable to hunt and gather, the Khomani now live in a state of poverty which threaten them with complete extinction. One plant, Hoodia, could make the difference. A cactus known to the San for centuries, it has caught the attention of a giant pharmaceutical company. Bonus: 8 mins on the Central Kalahari Game Reserve

DEATH OF A BUSHMAN

Producer: Uhuru Productions and One Time Films for SABC3

This programme was broadcast on May 25, 2004 on SABC3. Early in 2004 legendary tracker, Optel Rooi, was gunned down after dark not far from his home in the Kalahari. The Khomani San only number a few hundred in total, and in the last five years, five of their key traditionalists have died violently – murders which the police have failed to solve. Then Optel Rooi was also shot dead – in the back, by a policeman. He was the leading trainer of young Khomani in the old bush skills, and his death leaves a huge void in the fragile community. With each death the Khomani San move closer to extinction. This film investigates the circumstances of Optel’s death; the hostility shown towards the San from the surrounding community; and their bitterness at the lack of an investigation into the death.

The film,shot over three and a half years, explores one of the world’s most ancient shamanic cultures, the Khomani San of the Southern Kalahari, severely threatened as their traditional way of life and skills disappear. It tracks the Khomani San , considered to be the oldest indigenous tribe in the world, and genetically linked to every human being on Planet Earth. In modern times, their traditional nomadic way of life has changed and westernisation has severed their link to the land and the animals. The film follows younger members of the clan, /Urugab and his family, as they embark on an epic journey to try to recapture some of the knowledge and skills of their ancestors. Directors’ Statement:The San or Khomani Bushmen, as they call themselves are the last group of hunter-gatherers that live in South Africa. They represent a way of life that has flourished for tens of thousands of years and unite all the peoples of the world. Their innate humor which flows through almost every aspect of their life acts as a refuge to the often harsh realities that they deal with every day. All too often it is easy to cast them as naive, living a serene life moving to the ebb and flow of nature. In truth they live a fiercely independent life in a modern world which values little of what they hold precious, it is very hard but somehow they are still able to hold onto the wildness, the spirit of what it really means to be human, to be a bushman. In this film we were lucky enough to have worked with some of the old hunter’s like Oupa /Gai who remembers as a child living a nomadic life where they were forced to leave the old or infirm in the bush to die rather than to let the whole group suffer, as the rain and animals moved off. Their way of life gave birth to the oldest spiritual practices on earth, to the origin of science and was a blueprint for community life. My Hunter’s Heart re-kindles these archetypes in our modern world through the story of three special people.A question that always seems to emerge is, “when will the Bushmen die out, when will the bow and arrow disappear…” Our desire is that this film will address this and give hope to many of the grand cultures of the world who are also under threat – My Hunter’s Heart was one man’s dream that reflects what is important to all people.

This series celebrates personal identity through the exploration of culture and cultural identity. Filming in South Africa covered over 25 000 km and 16 languages in all nine provinces. The subjects are ordinary South Africans of all races, colours and creeds filmed practising their cultures and traditions. The filmmaker has tried to show how the different cultural elements shape a person’s identity as well as the effects of contacts across cultures. The series also aims to make the viewer think more critically about the significance of cultural heritage and how cultural values are changing in contemporary society. Each is centred in a cultural heartland and follows one person practicing a particular custom or participating in a particular cultural event with each episode ending in the culmination of the celebration. Various cultural aspects are covered – clothing, food, music, dance, ceremonies and rituals, sacred spaces, herbs, ancestral history, language, social interaction, urbanization,  traditional games, skills, traditional healing, storytelling, traditional / indigenous religions or spirituality.

GAZING AT THE STARS : THE FIGHT TO SAVE N/UU

Producer:  Hugh Brody for Splash Films in association with Open Channels for  the Gazing at the Stars School Committee

The Bushmen ( San) of southern Africa once lived as hunters roaming freely but from the first colonisation of the Cape they became dispossessed. There was also a concerted effort on the part of the colonisers to destroy San culture and heritage. A few isolated elders, scattered on farms  and in townships still speak N/uu today. They are determined to keep it alive  and are doing all they can to pass on the language and heritage of the San, to the children . This film documents the story of the N/uu speaking community, includes three basic language lessons, and presents the culture of the Southern Kalahari San in the form of games, stories and dance. The art and photographs come out of the The Khomani San / Brody Archive housed in Special Collections, University of Cape Town Libraries –

TRACKS ACROSS SAND: THE KHOMANI SAN OF THE SOUTHERN KALAHARI : THE STORY OF A LAND CLAIM / SANDSPORE

Language: Some English with dialogue in Nama, N/uu and Afrikaans, with English subtitles.

This film gives an insight into the ‡Khomani San’s fight for their heritage.They were driven from their lands, forced into a life of destitution, and denied the right to even speak their own languages. Filmed on the edge of the Kalahari in the Northern Cape, the last Bushmen or San of South Africa speak for themselves and others like them who are fighting to have both their human and indigenous rights recognized. In 1999, a small group of ‡Khomani San succeeded in winning a land claim, as a result of which many were deemed to have rights to land and places to live in new security. Culled from over 130 hours of video recorded between 1996 and 2010, this DVD is a unique record of the ‡Khomani San, bringing together the story of Africa’s first Bushman claim, from preparation through to  ten years after the claim was granted. Seen through the eyes and told in the words of the ‡Khomani San themselves, the film  chronicles the struggle for indigenous rights by a people who are defying a history that has attempted and failed to make them disappear. This interactive DVD includes not only the video shot over the course of the project, but archival photos, maps, family trees, stories, segments on  Bushman language, and interviews with people outside of the San community who were instrumental in the claim and community building. As an added attraction, the disk also holds a photo gallery of the film’s participants which can be downloaded and shared within San communities. Hugh Brody’s unique Canadian creation of ‘mapping’ by story was implemented and gradually, people, language, culture and community were rediscovered – and even ‘restituted’ to their land.

BEFORE THE LAND CLAIM 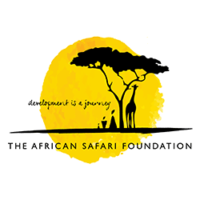 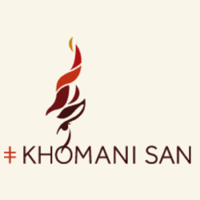 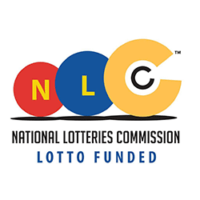